How to Develop Psychic Powers 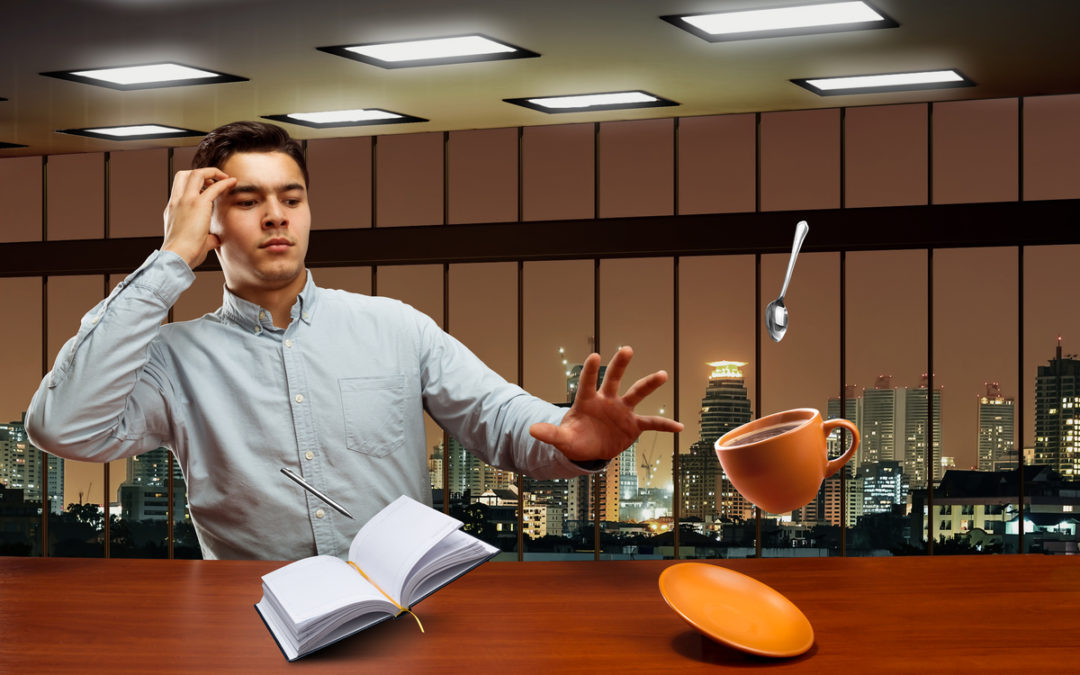 Developing psychic powers can be a great way to help others in their lives. You can also learn to use your powers to enhance your own life.

Using meditation to develop psychic powers is an ancient technique. Its goal is to clear the mind and enhance the body’s natural spiritual gifts. It also helps you connect with something bigger and better than yourself.

One of the earliest studies of meditation’s effects on psi was conducted in the 1970s. Gertrude Schmeidler examined psi scores of meditators and non-meditators before and after meditation. She found that the meditators scored significantly higher. The results of the research were positive and confirmed the hypothesis that meditation is psi-conducive.

The studies were based on two basic assumptions: that meditation is beneficial for developing psychic powers and that years of meditation correlate with psi scores. The research used beginner and experienced meditators to test the hypothesis.

During the early years of meditation research, results were inconsistent. Participants were used in experiments less to show psi than to test other parapsychological questions.

There have been several studies in the past few years that have found significant results. These studies have focused on the effects of meditation on Indian practitioners. The results show that practitioners who have been practicing for several years are more likely to show reliable psychic phenomena.

Researchers have also studied the effects of meditation on the brains of Tibetan monks. They found that meditation enhances the activity of certain areas of the brain. This is important for developing psychic powers.

The effects of meditation on the brain are still being studied. There are several theories about how meditation can enhance psychic powers. These theories include the belief that meditation is a way to clear the mind and to activate the mind’s eye.

Developing psychic powers requires a lot of effort and dedication. A person needs to be able to clear the mind and concentrate. This is not always easy because people tend to get stressed out and anxious. To help clear the mind, you can meditate. It will also help you develop your psychic abilities.

Another way to develop psychic abilities is through environmental scans. This involves moving around a room and exploring corners and windows. You can also note sounds and smells.

If you want to improve your psychic abilities, you may want to try a Waldo Vieira technique. This is a technique that was invented in the 1970s. It involves laying down, breathing deeply, and paying attention to your body’s sensations.

Another good exercise for developing your psychic powers is to meditate. It helps you clear your mind and gives you the opportunity to hear your inner voice. It also gives you the power to visualize and remember dreams more accurately.

Another good exercise for developing psychic abilities is to play a musical instrument. Some people are naturally gifted with this talent, while others must work on it.

Learning how to use your psychic powers to help others will benefit you as well as others. It is a gift you can develop and use to make a positive impact on the world.

Whether it’s in the workplace or in your personal life, conflict can happen almost anywhere. The best way to resolve conflict is by learning how to communicate effectively and cooperatively. There are a few simple rules to follow to make this possible.

The first rule is to understand the field of expression of the other party. This is important because it will help you determine the facts that are crucial to the resolution. It’s not enough to make statements or demand.

The second rule is to recognize the other person’s “smarts”. It’s also important to realize that you can’t always agree on everything. In some cases, you may need to agree to disagree. This allows you to put aside your differences and come to an agreement.

The third rule is to resist the urge to impose your will on another. This can be particularly difficult if you’re dealing with an aggressive or overly powerful individual. This can lead to a self-fulfilling prophecy. You may expect that disagreements will go badly, which can result in an emotional overload and even sullen acceptance.

The fourth rule is to be mindful of the power of facilitation. This can be a useful tool for resolving disputes within a group or even in the public eye. This is because it helps people consider critically what solutions will work and what will not. It can also help facilitate a positive public dialogue.

The fifth rule is to engage in the art of listening. This involves being aware of the other person’s frame of reference, as well as being able to hold your own instinctive reaction at bay. In addition, maintaining eye contact is important.

The best way to resolve conflict is to use a collaborative approach, which involves listening and letting go. The goal is to reach an agreement that both parties can be satisfied.

Understanding your own unique gifts

Psychic powers are the abilities that allow you to tap into other worlds, understand yourself and connect with other souls across time and space. Learning how to develop your gifts will help you become more conscious of your own inner world, and your outer world.

There are many different ways to develop psychic powers. Some people develop their gifts naturally, while others need to put in a lot of effort. It is important to follow a few tips to make sure that you are developing your abilities in the best way possible.

There are many ways to develop your powers, including scrying, crystals, spheres, pendulums, and tarot cards. Once you understand your powers, you can practice using them.

For example, if you are clairvoyant, you can see images of a person or a spirit. If you have clairaudience, you can hear messages from the spirit world. Likewise, if you are an empath, you can feel the emotions of another person or experience unexplained pain.

If you have psychic powers, you should use them to help others. You can help someone heal, or you may hear someone’s warnings.

You can also use your powers to understand how the universe works. You can use your psychic abilities to help people become aware of their inner world.

Psychic phenomena are becoming more and more frequent in our society. More than 25 percent of US adults claim to have experienced a psychic moment, a “psi” experience. This phenomena relates to the existence of spirits and souls. It is also believed that souls continue to exist after death. However, these claims are not scientifically validated.

Many psychic claims have been proven false, and many scientists discredit psychic abilities when faced with scientific scrutiny. However, scientists who believe in psychic phenomena generally are followed by a chorus of criticism.

In 2007, a documentary film, The Million Dollar Mind Reader, featured Derek Ogilvie, a psychic who claimed to be able to read minds of babies. The film also criticized other scientists who supported claims by psychics.

Researchers have also discovered that spontaneous seizures cause religious reveries. These experiences are associated with distortions in subjective time. However, these phenomena are not caused by intrinsic stimulation of the brain.

In addition, people who have suffered brain trauma may have intracerebral anomalies, such as a different organization of the brain. These differences in brain organization may be related to childhood or congenital anomalies. Similarly, adult-onset anomalies may be coupled to functional neuroelectrical states.